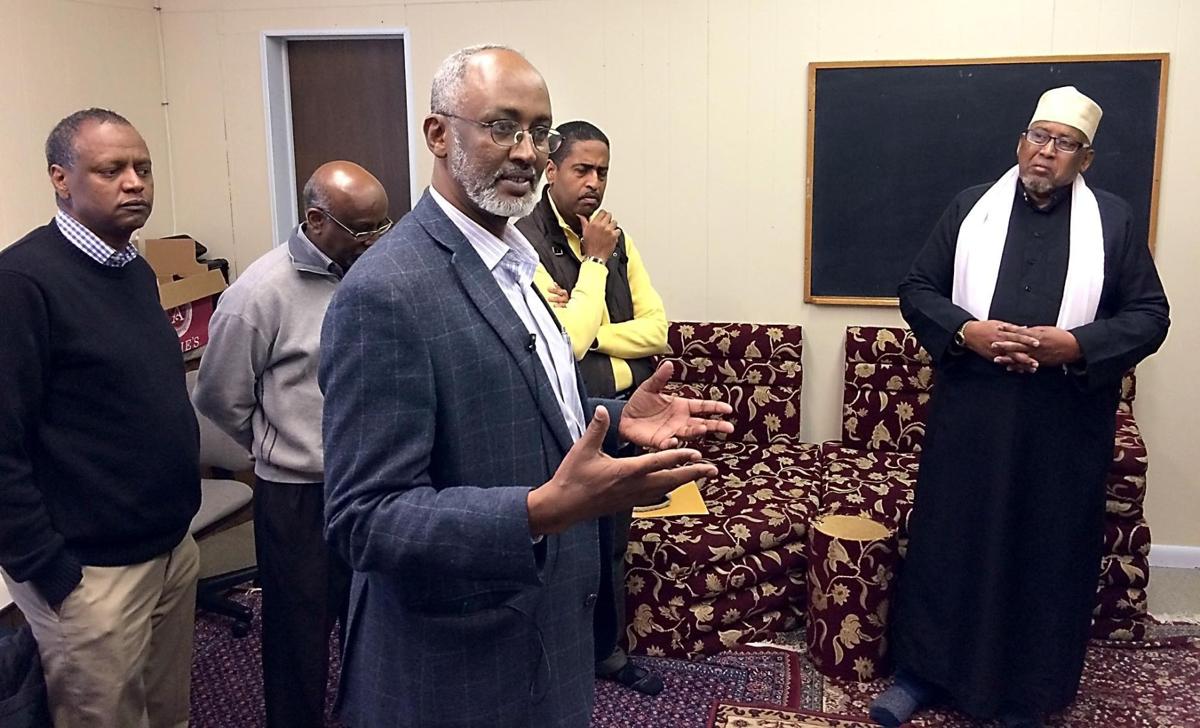 Abdi Sabrie is director of the African Family and Education Center, helping newcomers to the community resolve problems and adjust to living in the community. Photo by Pat Christman
Abdi Sabrie is an immigrant from Somalia. He has been in the U.S. since 1982 and has been in Mankato since 2009. In those seven years, he has left his mark on the Mankato community.
Sabrie is the executive director of the nonprofit African Family and Education Center, is a founding board member of the Mankato Islamic Center, a member of the Mankato Public Safety Advisory Board, the Blue Earth County Child Protection Advisory Board, a member of the Family Selection Committee for Habitat for Humanity, and in January, he became a member of the Mankato Area Public Schools board.
Sabrie's work is summarized by one word: education.
The two main barriers immigrants to the United States from Somalia and other African nations face are language and cultural understanding, he said. Education can bridge those gaps.
Sabrie, who conversed in Somali at home, spoke fluent English when he arrived in 1982 due to the fact he had received an English language education in school. Though he understood the language when he arrived, he did not understand American culture or systems.
As the executive director of African Family and Education Center, he says his work is about "putting out fires."
"We don't need problems, but when a problem arises, it's an opportunity to educate people on both sides of an issue."
Examples of issues between landlord and immigrant tenants often occur due to lack of understanding and knowledge about each other. "There is fear on both sides," Sabrie said. Meeting with the landlord to explain what an immigrant family is doing and meeting with the family to explain the American system in place is often the bridge to span that gap.
Another "fire" Sabrie is often called to help with is employment. Most Somalis are Muslim and when following religious practice are to pray five times daily. U.S. law requires employers to accommodate an employee's religion, "but many employers are not used to Muslims and want to treat them like everybody else," Sabrie said. "They want to treat everyone the same." Conflicts often follow, he said.
Sometimes cultural differences draw an immigrant into the legal system when there is an arrest for a cultural difference. Again, he said, education can often help explain each side to the other.
Sabrie doesn't involve himself in politics regarding immigrants and the African people in the Mankato area. But the reality, he said, is that it is not an easy time to be a Muslim in America, due in part, to politics.
Fear-mongering aimed at Muslims is taking place. "This is not new in American politics," he said. Catholics, the Irish, Germans, Italians and Jews have all been singled out as populations to be wary of. Though it was before his time in America and before his birth, Sabrie points to those who said a Catholic could never be president of the United States when John F. Kennedy was running for the office.
Evidence of progress in building the foundation of the Mankato community is a recent event hosted by the Mankato Islamic Center and the Catholic School Sisters of Notre Dame. "At least 270 people came to the event to learn more, and build bridges," he said.
Education, he believes, is the release from our fears about each other. Building understanding and acceptance is an uphill battle right now, but it is worth fighting for, he said.
"My biggest passion in life is to give children equal opportunity in education, no matter where they came from, who they are, or who their parents are. Not just my children, but for all children," he said. "These children are the future not just of this country, but for each of us, individually."

We have recently upgraded our commenting system. If you wish to comment please login using your social ID or create a new account.
0 comments