Sabrie Sworn In As Mankato School Board Member 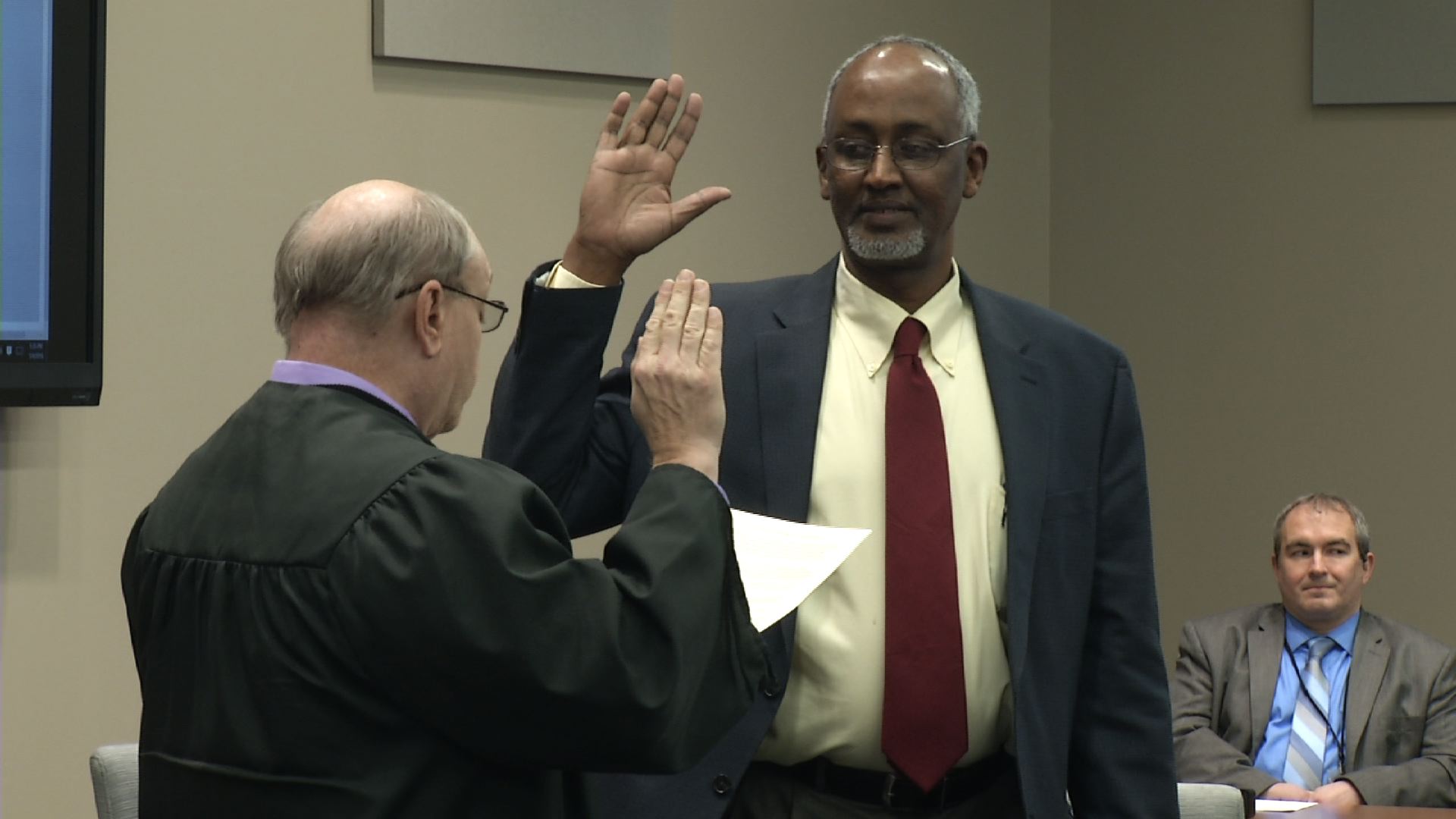 Abdi Sabrie is sworn in as the newest member of the Mankato Area School Board.

Sabrie, who's been an activist within the Somali immigrant community for many years in town, says he'll bring a unique perspective to town.

Sabrie says, "I was elected to serve all the children of the community, but my unique perspective would also help immigrant children and new Americans.

There was quite the turnout for Sabrie's swearing in ceremony today... state representatives, both elected, retired and currently running, among other city council members and community leaders.